WHICH GEMSTONES WILL GIVE PEACE OF MIND AND SUCCESS

A very simple answer to this question is that there are no specific gemstone which gives peace of mind and success.

Gemstones for health and wealth

The word peace and success is a VARIABLE WORD and the meaning of it will differ from person to person as every person see it from their point of view. What is success for a person may not be same for other person, because the every person view it as per his need in life.

For example a person lost his peace of mind due to many reasons like :

So it is seen that how a person can lose his peace due to so many events in their life.

So when a native ask an astrologer such questions then the astrologer study his horoscope to see which is the planet responsible for such disturbance in the life of the native.

Gemstones for success in life and career

Then co-relating with the present mahadasha the astrologer study which can be the best remedy to pacify the negative impact of that planet for the ASKED EVENT BY THE Querent and decide the gemstones for success in life and career growth.

So what could be a remedy for native for his marriage issues NEED NOT BE SAME FOR THE OTHER PERSON HAVING SAME ISSUES.

So it is understood that there CAN NOT BE A SIGNLE COMMON GEMSTONE FOR PEACE AND SUCCESS FOR EVERY PERSON.

Crystals for fame and success

A good astrologer will study the whole horoscope and then only identify the gemstone needed for the native as per his horoscope and his need for that event.

Most powerful stone to attract money

Nothing is ready made or custom made in astrology as in there are so many variable parameters in astrology that no astrologer can HAVE A DIRECT CONTROL OVER IT. IT IS ONLY AND ONLY CONTROLLED BY GOD HISSELF. 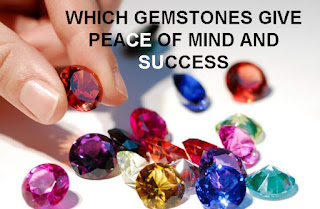 WHICH HOUSE AND PLANETS ARE REPRESENTED FOR A SUCCESSFUL PUBLIC SPEAKER?

In a horoscope there are many parameters to study before arriving at the prediction if the native can become a good public speaker.

In our daily life we came across many speakers and seen how powerfully they keep their words and people, very attentively listening to him. They have the power to drive masses with their speech.

They are good speakers.

HOW TO READ A HOROSCPE FOR A PUBLIC SPEAKER

To become a good public speaker firstly one should be a knowledgable person so 4th house for basic education and 5th house in connection with 9th house has to be studied.

Now for a person to be a good speaker his 2nd house which is considered as house of speech has to be studied.

The 3rd house in a horoscope stands for communication, so need to look at that house also.

Mercury is the natural significator for communication so one need to study the impact of mercury from his horoscope.

Now very important factor which generally overlook is that, one should see if public speaking is a promise in the horoscope or not.

For that 7th house also play an equal important role as it represent public in the horoscope. The 10th house shows status in the society, which is important for having recognition among the people.

The other most important point that one miss out in this study is the Mahadasa, as it will decide if public speaking will only fruitfy during favorable period only if its promise in the horoscope.

If all the above factors are present in a horoscope then the native can be a successful speaker. If we study the horoscope of great speakers then one will see the presence of all these parameters in their horoscope ( not dealing with examples here ). 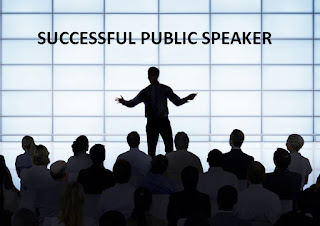 Email ThisBlogThis!Share to TwitterShare to FacebookShare to Pinterest
Labels: Effective communication Skills and Speech, how to read a horoscpe for a public speaker, Knowledge and education, which house and planets are represented for a successful public speaker

PLANETS AT 0, 29, 1 DEGREE ARE VERY POWERFUL IN OUR HOROSCOPE

In earlier text of astrology which is still in practice, the 30 degree is divide into 5 parts known as Avastas ( state ), and each avasta is given a name which also signify the strength of the planet according to its name.

According to the name its well understood that a planet falling under 6 degree is in his Bal avasta and as we know that if a child is asked to perform a task, then the child can’t perform well and same will be the result of Mrutu avasta of a planet which fall beyond 24 degree as the planet is in death bed, can’t perform much.

For Vrudha avasta the performance of the planet is there but very slow. The best avasta ( state ) is Yuva and Kumar, as the planets in this state perform the best to give its results. In the research of astrology new findings in two of the avastas mainly Bal avasta and Mrutu avasta which is considered as weak state of planet where performance is negligible is found.

Speaking it in degree of the planet, the 29, 0 and 1 degree is very power full. The planets having these degree have huge strength in ones horoscope. It is said that during the transition stage of planet from one rashi/zodiac to other rashi, the planet at 29, 0 and 1 degree possess huge energy to move itself to cross the threshold between the two rashi/zodiac.

This is the degree at which the planet develop huge transformation in acquiring energy for its transit to the other rashi/zodiac and thus have the powerful strength in-spite of having a very low degree. So with advance research on astrology many new findings are discovered and thus our vedic astrology is also getting a new dimension of knowledge to know about the planet and its power better. 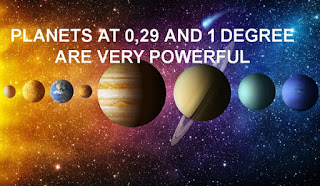 NOT ALL GEMSTONES SUITS YOU

According to astrology gemstones has been a good remedies used by astrologers for many many years apart from other  remedies. Mainly in vedic astrology navaratna     i.e nine gemstones are considered to be the best and most of the astrologers only suggest the gemstones among the navratnas.


NAVRATNA GEMSTONES THAT REPRESENTS THE PLANET

HOW TO CHOOSE A GEMSTONE

* Some of the astrologers choose gemstones according to one’s ascendant / lagna of the horoscope.

* Some of the astrologer study the whole horoscope to find out the planet with lowest degree, which is considered as the weakest planet need to be strengthen.

* There are astrologers considering the sublord of the 11th house to the best planet to give result as 11th house is considered as the house of fulfillment of desire and so the gemstone represent that planet is considered for wearing in the ring.

* There are astrologer who recommend to wear gemstones as per running mahadasa period of an individual.

CASUALLY WEARING GEMSTONE CAN BE A PROBLEM

WRONG SELF MADE BELIEVES AND RULES IN THE SOCIETY ABOUT GEMSTONES

There is a wrong self made beliefs among people that Pearl or moonstone and Yellow Sapphire can be worn in ring by anyone as they are very auspicious planet and do not harm anyone.

It is a belief that any person who is very short tempered, always in panic, gets annoyed too much can wear pearl or moonstone, which will help them to calm down and get focused.

There are also people who feels that Jupiter being sattvic (harmonious ) planet so wearing a Yellow sapphire will always give benefic results and so there is a understanding among the people that anyone can wear Yellow Sapphire gemstone ring thus get benefit results in their life.

There is one set of people in the society according to whom wearing a Blue Sapphire ring could be very dangerous, even if it is suggested by an astrologer. The funny believe according to them is that the gemstone should not be worn directly in a ring. It should be tied in a small blue fabric and need to be tied on the arm and observe if any negative incidents or events is happening to the individual in 15 days or not. If nothing wrong happens during these period of time then only the person can wear the Blue Sapphire gemstone ring, otherwise not.

PROBLEMS DUE TO WEARING OF WRONG GEMSTONE RING

Some of the examples of problems taking pear and yellow into consideration, if worn without consulting an astrologer.

*When a person wears a pearl or moonstone ring without the consulting an astrologer then if fortunate and moon which represent pearl and moonstone be the lord of benefic house then would not harm the person, but unfortunately if the moon is the lord of the malefic houses 6th, 8th or 12th house then the person wearing this ring will welcome troubles. More over if the moon is the lord of any of the malefic houses is positioned in another malefic house then the problems will be more prominent. As moon governs mind so the problems will be more pronounced on mental level concerning the house of that horoscope.

*The same kind of effect is seen when a person wears a wrong yellow sapphire ring without consulting an astrologer. As Jupiter has the tendency to expand, so it will activate the malefic houses and expand the problems related to that houses and thus the individual who thinks of benefitting from wearing a yellow sapphire ring is actually driving himself in problems.

This is not astrology shastra, but this is an illiterate in astrology common man’s believe shastra which is dwelling in the society and many believe it and is spreading by mouth to mouth conversation as there is no book or literature on this sutra, neither by rishi nor by any astrologers. 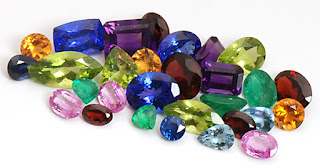 Links where you can get Me 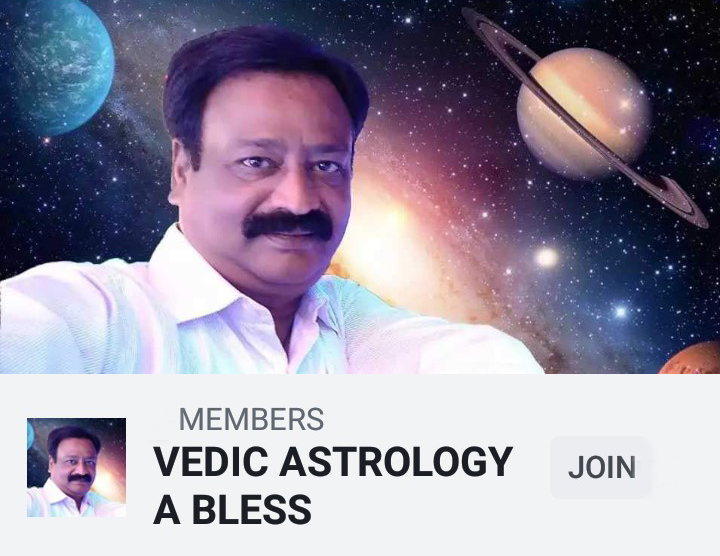